How The Best Leaders Make Everyone Smarter

We all know the two extremes in the workplace when it comes to working with managers. At one end of the continuum, we have the devastatingly negative impact of a toxic manager and at the other, we have the joy of working for a positive leader who inspires and brings out the best in their people.

Liz Wiseman, through her research and book Multipliers, has decoded these two dramatically different types of leaders and defines them as either Diminishers, at one end of the spectrum, or Multipliers at the other.

Wiseman is president of The Wiseman Group and has been listed on the Thinkers50 rankings and named one of the Top 10 Leadership Thinkers in the world. In a study of more than 150 senior leaders across 35 companies, it was qualitatively shown that a “Multiplier Effect” is displayed or what she calls the ‘2X Effect’ exists, whereby Multipliers double the capacity of their people compared to Diminishers.

“Multipliers don’t get a little more from people around them – they get vastly more. Multipliers utilise people at nearly 100 percent of their capacity, meaning they get twice the capability from their people than Diminishers do.”

Wiseman’s research defined Diminishers as compared to Multipliers in the following ways:

Know-it-all’s – who tell people what to do

Micromanagers – who take over and take control

As compared to Diminishers however, Multipliers use their intelligence to help colleagues get smarter by multiplying the intelligence of the people around them and, in doing so, effectively doubling output.

The great aspect of Wiseman’s book is that she gives the reader a roadmap to master becoming a Multiplier by highlighting the five following disciplines that Multipliers display:

Wiseman and her team also discovered two other surprising characteristics that Multipliers had through their research.Multipliers were hard-edged and have a great sense of humour.

Hard-edged, in that Multipliers expect great things from people around them and they drive to get extraordinary results by being tough and exacting. “They look into people and find capabilities; they see a lot so they expect a lot.” Humourous, in the sense that Multipliers don’t take themselves very seriously and keep their egos in check by seeing comedy in life and errors by laughing at themselves and using humour to liberate others. So the great news is that Multipliers will get results all within an environment where people are engaged, challenged and having some fun.

Beware of becoming an accidental Diminisher!

What is fascinating about Wiseman’s work is that many Diminishers are actually behaving this way accidentally! Traditional workplaces with top down hierarchies, will typically promote the most intelligent people into management roles with many well-intended leaders causing people to disengage, shut down and comply by accidentally diminishing the smarts of their people.

I am sure when you read this book you will identify some ‘Diminisher’ qualities in yourself and will be keen to start moving towards becoming a Multiplier. The great news is that we can all start to lead like a Multiplier if we are prepared to do the work required.

The following are three simple but powerful starting points:

Shift from answers to questions – become a facilitator of discussions.

Dispense your ideas in small doses – lessen your ideas and leave white space.

Expect complete work – stop jumping in and fixing the work of others.

I believe Wiseman’s book is a real game changer as it resolves the universal dilemma on how to avoid the trap of rewarding and promoting highly intelligent people, who ultimately destroy relationships and workplace cultures with their diminishing behaviours. This book also puts a spotlight on how to avoid becoming an accidental Diminisher and gives us a compelling roadmap to all move towards being a Multiplier.

Just imagine a world where the critical mass of leaders displayed the qualities and the characteristics of seeing the full potential in the people that surround them and get great things from everyone with extraordinary results – a beautiful world indeed!

“It isn’t how much you know that matters. What matters is how much access you have to what other people know. It isn’t just how intelligent your team members are; it is how much of that intelligence you can draw out and put to use.” 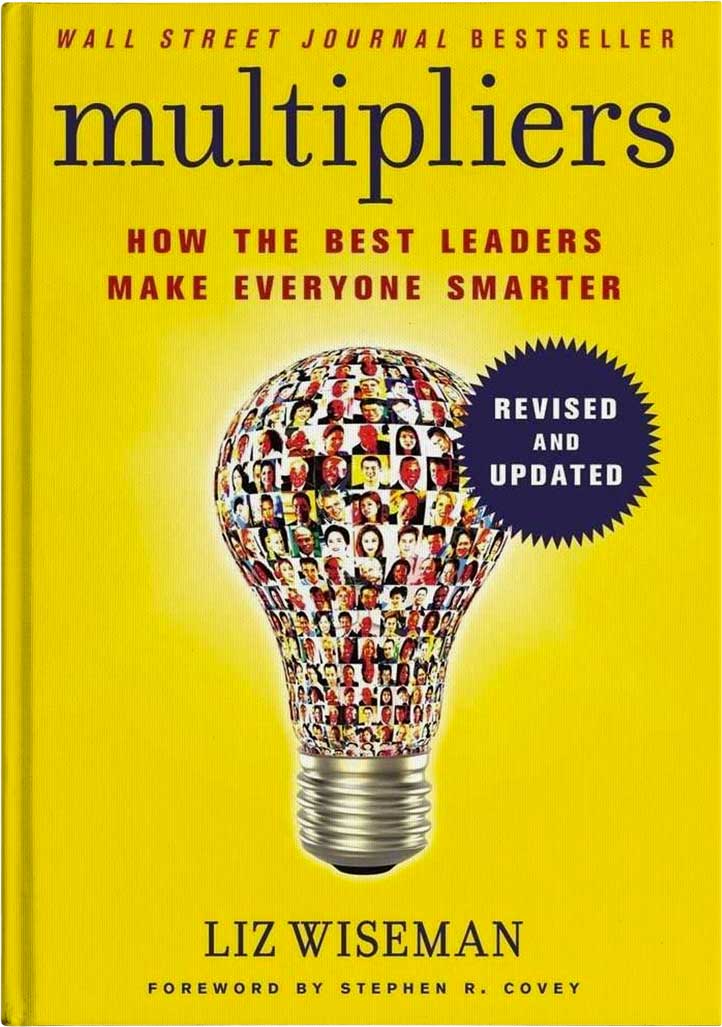