– Sapiens: A Brief History Of Humankind
– Homo Deus: How Data Will Destroy Human Freedom
– 21 Lessons For The 21st Century

This book review is different from all my previous ‘one book’ reviews. It really is an introduction to an author, historian and global thought leader Yuval Noah Harari and his three amazing books Sapiens, Homo Deus and 21 Lessons for the 21st Century.

Harari was an obscure Israeli academic who in 2011 wrote a history book of humanity in Hebrew that was then translated into English in 2014 with his first book Sapiens.  With the likes of Bill Gates, Mark Zuckerberg, Barack Obama all recommending it and becoming raving fans, Sapiens quickly become a global best seller and must read. In fact, the famous director Ridley Scott is looking at adapting Sapiens into a movie!

Harari insights are deep, far ranging, evocative, controversial and at times provocative. What makes Harari fascinating reading is that he captures humans from not only a historical and philosophical viewpoint, but it is like reading an alien scientist that objectively examines humanity from where have come, for who we really are now and what fast trajectory we are currently on to become post humans!  Although at times his writings feel clinical and his insights on humanity, the environment, politics, leadership, and the impact of AI can leave you despairing, he also writes with incredible passion and really captures the defining spirit of our times (the zeitgeist), along with a real sense of urgency for positive change.

Most things Harari has to say I totally agree with, a few I disagree with, but there a lot of concepts that I am still contemplating, percolating on and simply trying to get my head around the implications for being human and where the biotechnical revolution is taking us.

Yes, I am a little bit obsessed with Harari as I have loved all of his 3 books as he is one of those rare authors (like a truly great movie) that I just can’t stop thinking about his key messages. He is a cracker writer, a real thought leader and if you love to have your thinking and assumptions boldly challenged and be taken for a rollicking ride – you will love geeking out on Harari’s concepts.

So below is a brief review and summary of Harari’s three books.

“My fist book, Sapiens, surveyed the human past, examining how an insignificant ape became the rule of the planet.”

Sapiens is a broad sweeping account of human history that begins with the Cognitive Revolution 70,000 years ago, to the Agricultural Revolution around 10,000 years ago to the Scientific Revolution 500 years ago. These three major revolutions have transformed what was ‘an insignificant ape’ into the controllers of the planet.

Humans have done what no other animal has achieved and that is flexible cooperation in larger numbers – in fact no other animal can do this – which is to create stories ‘myths’ that do not exist in the physical world. As Harari argues convincingly, ‘humans think in stories rather than in facts, numbers, or equations, and the simpler the story, the better’.

Humans do this by creating and connecting around ideas that do not physically exist such as money, gods, human rights, corporations, freedom, laws, credit and capitalism, etc. It is these shared ‘myths’ that have enabled humans to take over the globe and have made humans the top species and now on the verge of overcoming the forces of natural selection.

Sapiens also highlights the fact that humans have miraculously mastered the big three human challenges: Infectious Disease, Famine and Violence. This has been achieved not only through breakthrough science but tremendous human cooperation on a global scale.

However, this incredible success comes at a cost. ‘Sugar is now more dangerous than gunpowder’, we are less happy, less satisfied and we are destroying our environment while moving towards what Harari predicts will end with post-human super elites. While we are at the height of our power Harari asks, have Sapiens reached our limits and will the next step in our evolution be that we are on the precipice in becoming gods – hence Homo Deus (Deus Latin for God) is book two.

“Homo Deus, my second book, explored the long-term future of life, contemplating how humans might eventually become gods, and what might be the ultimate destiny of intelligence and consciousness.”

In Harari’s second book Homo Deus, he believes that we are on the verge of becoming super humans where we will attempt to gain continual happiness, and God-like powers such as hugely extended lifespans, even eternal life! However, this will be only for the super elite as the rest of humanity may end up without work and possibly without meaning.

Harari argues convincingly that our founding modern tenets of modernism, liberalism, democracy and personal autonomy will be soon be replaced by ‘Dataism’. Dataism is where big data will rule and machine learning using algorithm ‘will know you better than you know yourself’, as we are willingly giving over our biochemistry information to big data corporations who will treat humans as algorithms and operate within this new paradigm. Homo sapiens will not dominant the future, big data will so he asks, ‘what will happen to society, politics and daily life when non-conscious but highly intelligent algorithms know us better than we know ourselves?’.

Homo Deus on the one hand reads like a post-apocalyptic dystopia where humans are seen purely as algorithms being ruled by the super elite. However, it is also a powerful reality check for where we are heading in this digital dominated world and the consequences of blindly continuing down this path. Homo Deus is a warning shot across the bows to wake up to the implications of this data-driven transformation at play.

“In a world deluged by irrelevant information, clarity is power.”

Book three is a collection of twenty-one themed essays for the most challenging global issues facing humanity now in the twenty-first century. His previous two books synthesised the past and future, 21 Lessons focusses on the present.

Harari’s 21 Lessons are not really lessons, but are his insights on global themes around war, nationalism, immigration, education, terrorism, etc. Harari writes with both poignancy and exhilaration, that on the one hand his ‘lessons’ serve as warning posts to a tragic future, then on the other he gives us hope and rallies the human spirit, potential and positive possibilities to transform our future with hope, mindfulness, resilience and truth.

Interestingly Harari doesn’t really offer the reader answers to his 21 Lessons but leaves you asking many questions.  However, he does emphasise that ‘a meaningful life can be extremely satisfying even in the midst of hardship, whereas a meaningless life is a terrible ordeal no matter how comfortable it is.’ So, we need to work on ourselves through mediation, mindfulness and importantly to act on meaningful causes.

Harari’s books are a bold, broad-brushed, mind expanding sweep of humanity past, present and future but they are not for the fainthearted as he is definitely not light reading and at times you will despair at his findings on humanity. Harari strength is his global perspective as an outlier, and he is a thought leader you should get to know. But once read, it will change to way to see the world and how you explain the world to yourself and others.

So please go ahead and enjoy Yuval Noah Harari and his insights to our world, humanity and your place within it.

Richard Dore is the Co-CEO and Lead Educator at Proteus Leadership. 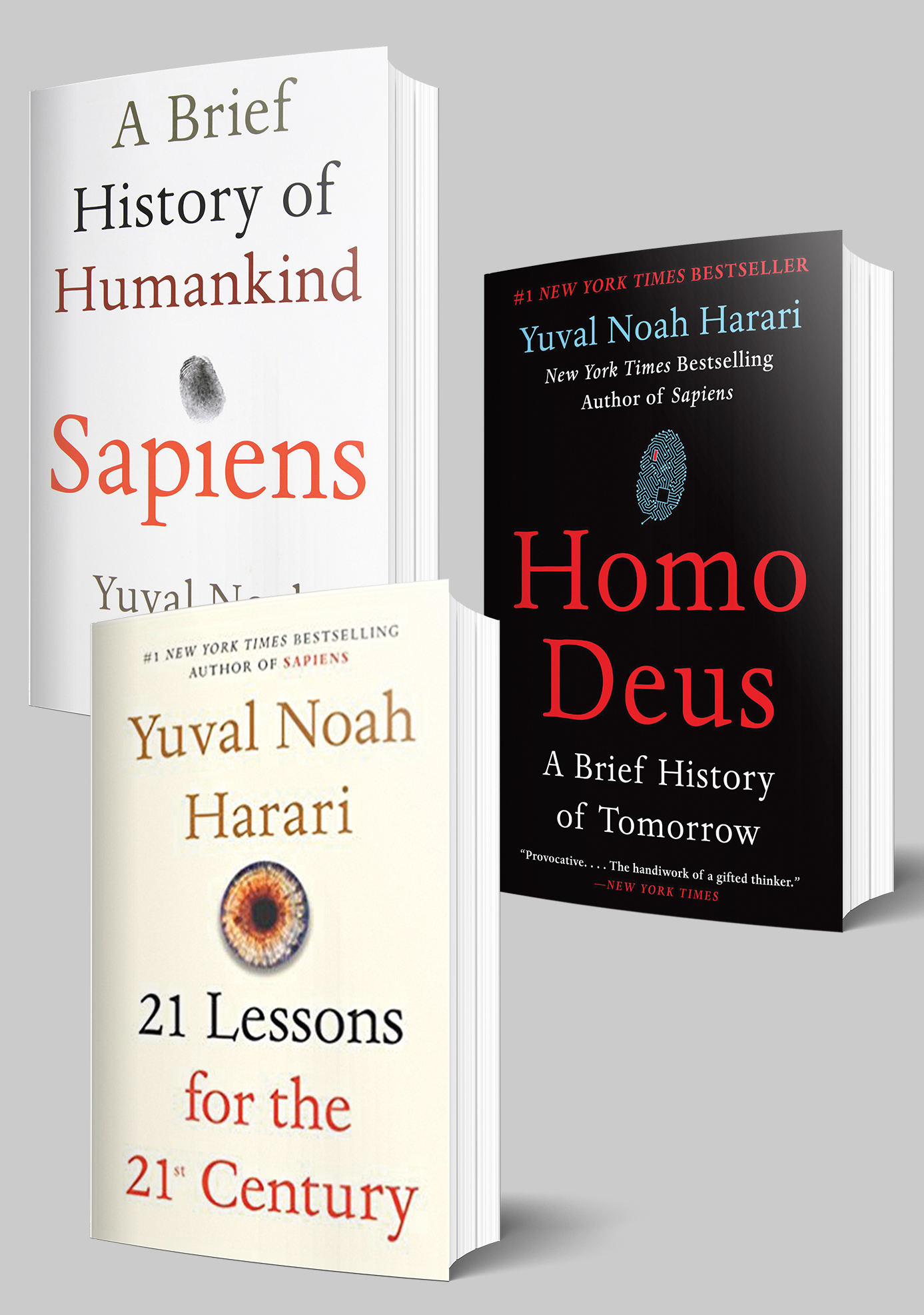