You May Just Have The Next Great Idea

It has been really interesting speaking with people as they prepare to return to the workplace, and I have found that there are two types of people coming out of COVID.

Some people have so many ideas they don’t know what to do with them, while others say that they are absolutely brain dead and can’t seem to get their minds back into gear again.

So, I want to speak to those who are ready to go, and have lots of ideas to explore.

The things you have been thinking about came to you for a reason. Document them and then find the right time to communicate and discuss them with a confidant, or the relevant person/people. You must talk about them and either begin action, put them in the ‘ideas carpark’ for later, or let them go.

Even if you let them go, it doesn’t mean that the idea was not a good one, it might just not be the right time or environment to release it. Every time we go through the process of expanding an idea, we cement great habits into our lives, meaning that we know what to do with the next idea that arises.

When communicating your idea to others remember, you have been thinking about this idea for ages, so when you just dump it on someone for the first time, don’t expect them to be as passionate about that idea as you might be. They haven’t had time to wrap them mind around it yet. So, don’t let their response deflate you.

Other people will only become passionate about YOUR idea when they see the benefits for themselves and understand the WHY – so, it’s up to you to sell it.

Below is a simple Idea Generation Process that I use when fostering a new idea.

My Idea Generation Process:
Give it LIFE – Create your idea and breathe life into it. Play with the idea and dream of what it could be. Let it grow and expand in your mind first.

Give it a BRAIN – Analyse the pros and cons and logistics of your idea and then document your thoughts and findings. Write it down otherwise you will lose it. Often this will be the step where we make a decision to proceed or not.

Give it a MOUTH – Communicate the idea to others and listen to their comments. Make sure they are not people who always revert to why things won’t work. But sometimes we get too close to the idea, and we need another set of eyes.

Give it a HEART – Become passionate about it and sell the vision and benefits to others. Ask yourself, “am I still excited about the idea?” If so…

Give it LEGS – Take action. Begin to act as if the idea has already been a success and is now operational. Show your commitment to the idea and others will begin to join you. Put a plan in place that you are prepared to follow and commit to.

Remember - We can let the idea go at any stage of its development. But taking it through this process will help us feel a lot better about our decision.

Idea generation is not the domain of a select few, it is just that some people are BRAVE enough to trust their gut, believe in themselves and realise that every great idea starts as a small seed, that if watered, can grow.

I am staggered at the number of ideas that I have let go just because I was concerned about what others might think, was too busy, or just didn’t allow it to develop.

Do you have an idea that you are struggling with right now? Take it through this simple ‘Idea Generation Process' and be BRAVE, because it only takes one idea to change a situation – why shouldn’t it be yours?

Have a great week. 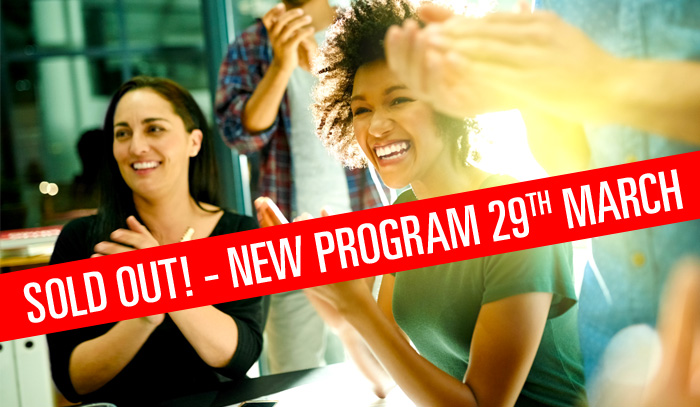 It is only February, and our workshops are already selling out. This is especially the case for our Creating A Positive Culture workshop. Our initial February program is now full, and we already have a wait list that will now transfer into our new program on 29th March.

So, book yourself and/or your team into this extra program, as it will also fill quickly.

Return to our Offices 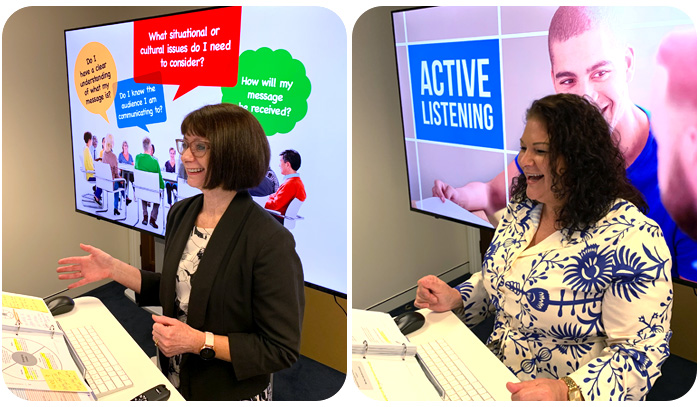 This week all the fully vaccinated Proteus Team have returned to our offices and studios around Australia. It is so good to have people back together interacting face-to-face and discussing ideas together. Welcome back team! 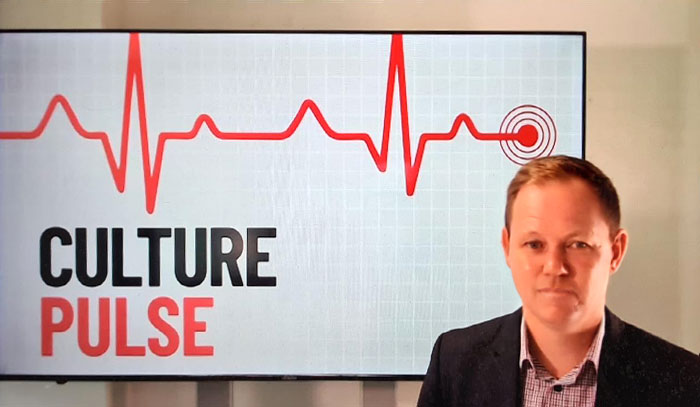 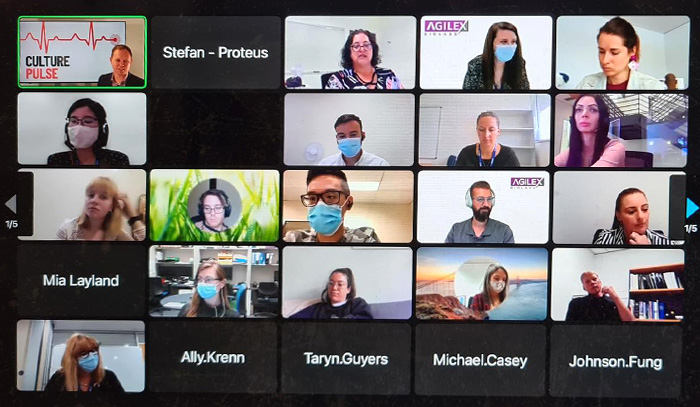 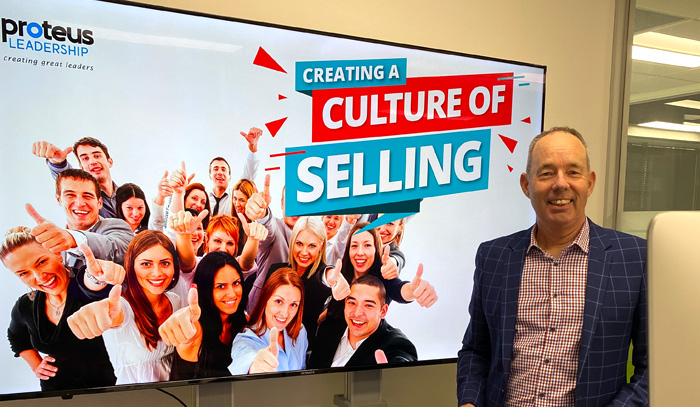 Here is some of the feedback: 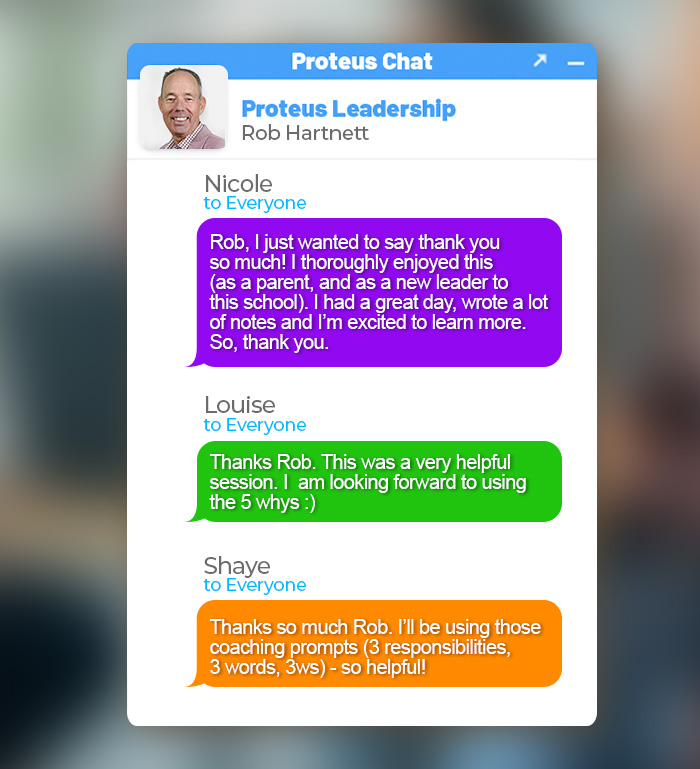 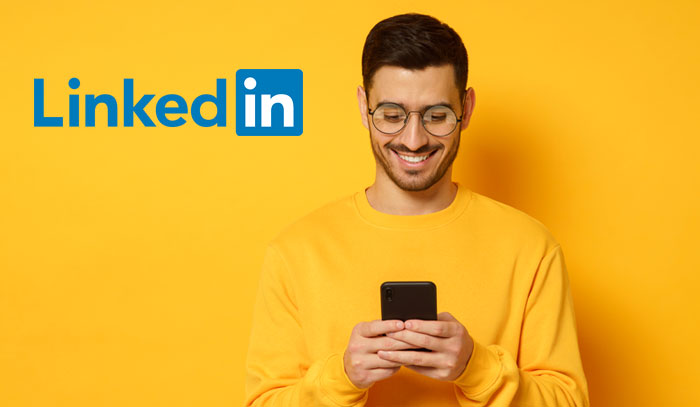 Every week we post inspirational articles, events and information on LinkedIn and we would love you to be a part of that. So, if you would like to follow Proteus Leadership on LinkedIn and keep informed, then click on the button below. 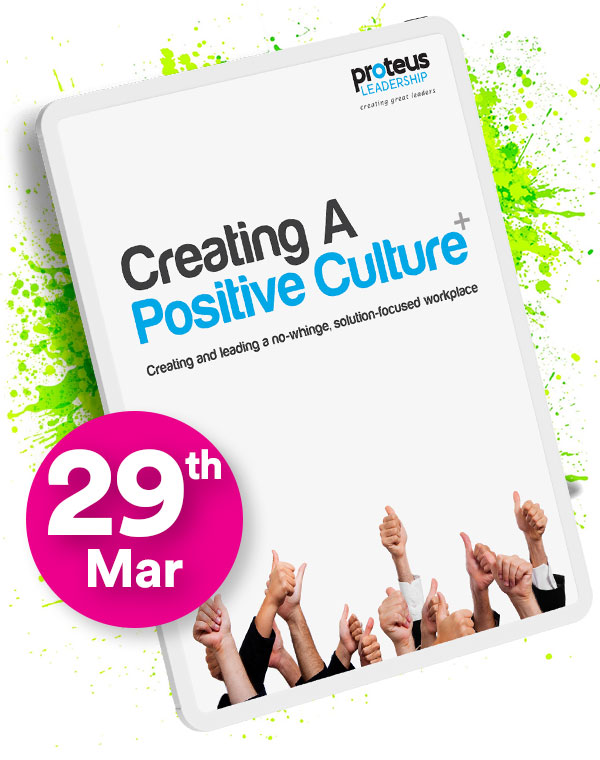 Creating Positive Cultures is about giving people the skills and permission to destroy dysfunction, kill off negative influences and the space for all your positive people to shine and thrive.

Culture is all about your behaviours, it is what to do. So great leaders and workplaces don’t allow their culture to happen by default, they design it together by agreeing to operate above the line in a positive, professional and proactive way.

This allows for a psychological safe space to innovate, stay relevant, to fight clean to develop resilience, gratitude and a growth mindset, while giving staff permission to call people out on any toxic behaviours.

This results in a self-regulating culture where people celebrate achievements while creating great relationships, products and services.